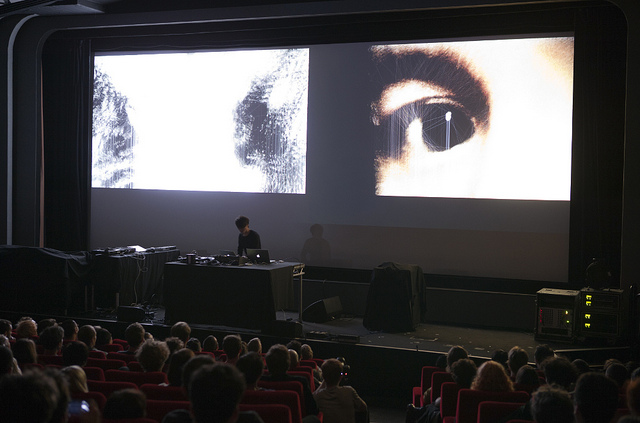 The event was held on 26th September as part of the BFI Sonic Cinema series and was Ryoichi’s first visit to the UK since 2010. A sold out NFT 1 opened its doors to a mind blowing 45 minute performance that exceeded expectations due to the exceptionally high quality of the sound and visual show.

Read more about the event:
It’s a syn by Design Week
Syn on Creative Applications.
Synesthesia on POSTMatter
syn_ by And Then Patterns

For the occasion of this event, Ryoichi Kurokawa released a limited edition artwork reworked from the live concert. It’s available on Sedition.

View images of the event by Federica Landi: