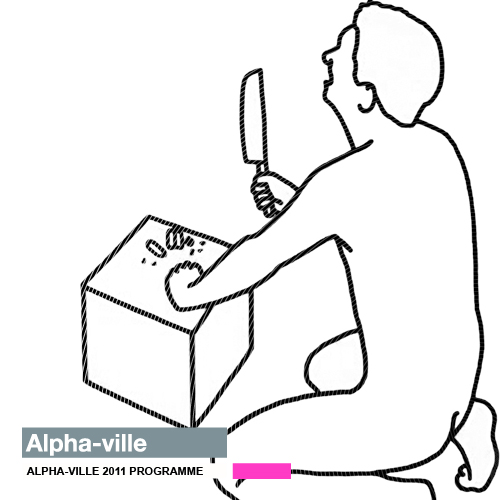 synopsis: In CUT a lone male character attempts to cut away various body parts using ever more extreme methods to do so. A distorted ode to relationships lost is hinted at within the work but the field of reference is expanded to incorporate the pain and humour implicit in an individuals day to day thoughts and routines.

bio: Kristian studied Fine Art at Nottingham Trent University and then at Central St Martins, London, graduating with an MA Fine Art in 2009. He has exhibited his work at Palais Paradiso, Amsterdam; Oriel Davies Gallery, Wales; New Contemporaries, Liverpool Biennial/ICA, London; and the Armoury Show, New York amongst others.  His animations and images focus on habitual, archetypal patterns of human behaviour. In his work he uses a minimal black line drawn style, which is used to animate the actions of male and female figures. The characters for the work are taken from real footage predominantly of himself, yet all detail, clothing and facial, is stripped away to create generic representations of a man or a woman. Such a reduction in the use of the human form often creates in the work a playful cartoon like edge that sits in contrast to the layered and often psychological complexity of the issues addressed.