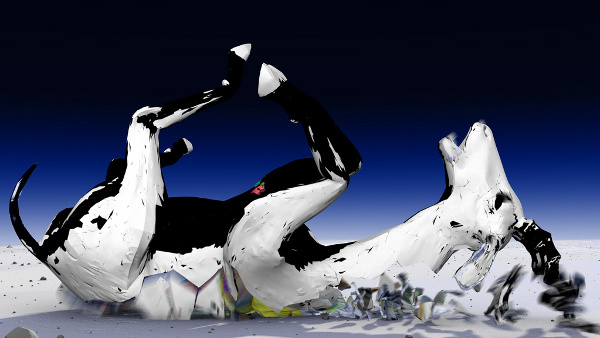 FIELD is a digital art and design studio, co-founded by Marcus Wendt and Vera-Maria Glahn. Working across a range of mediums, including audio-visual installations, web and mobile experiences and other shareable digital artifacts, FIELD deploys a cunning eye for colour and a passion for the new to creative innovative and boundary-pushing work.

Inspired by the patterns found in nature, FIELD uses computational design methods and interactive technology to make poetically allusive pieces which often take on a life of their own. Instantly recognisable and richly illustrative, FIELD’s work has found a home both in cultural institutions and with a wide array of global brands. Recently, the studio has exhibited at la Gaîté Lyrique in Paris, the China Museum for Digital Art in Beijing and the British Library. Alongside this, Marcus and Vera-Maria have produced work for Deutsche Bank, HP, Nokia, GE, AOL and Nike. The prolificacy and originality of the studio was recognised when Co.Design named FIELD among the 50 People Shaping the Future of Design in October last year.

“We tend to pick up a new technique or approach for every project,” Marcus explained in conversation with Alpha-ville. “The main reason for this is that we enjoy the process of exploration a lot, sometimes I find it mandatory to be creative. I really like this state where you are only about 40-60% sure about what you’re doing and the other 60%-40% are discoveries.Of course its possible in theory to stick to one technique and continue to find interesting new looks and approaches, but consciously switching to a new software, method or programming language makes exploration more explicit.” 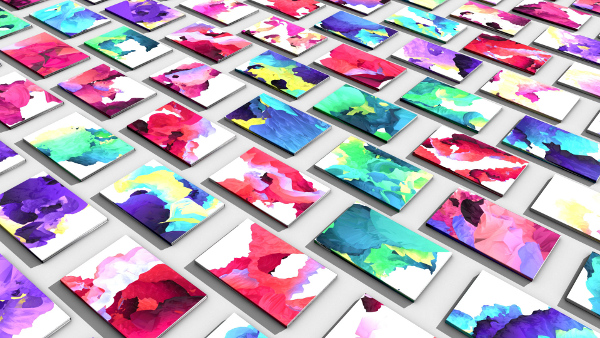 The unlimited possibilities of generative design coupled with digital print were demonstrated by FIELD when the studio created a run of ten-thousand unique cover artworks for the 2011 edition of paper manufacturers GF Smith’s famed brochures. Each of the pieces comprising 10,000 Digital Paintings were different views of a hypercomplex structure realised through a combination of generative coding and creative intuition. The vivid and exciting results were nominated for the London Design Museum’s Designs of the Year 2012.

Through an exploration of colour, life and infinity, using a technologically sophisticated approach, FIELD seeks to create meaningful but accessible art for an international audience. Perhaps the most intriguing of the studio’s recent projects was the work for Nike’s new Hyperfeel shoes, which took place at the beginning of Autumn 2013. In order to capture the feeling of running on four different surfaces (sand, grass, trail, tarmac), FIELD created a quartet of video artworks expressing the essence of each terrain. Opting for a stripped-down aesthetic, the team at FIELD animated a multitude of running motions by hand, and selected the ones which communicated the experience of running in different locales most efficiently. 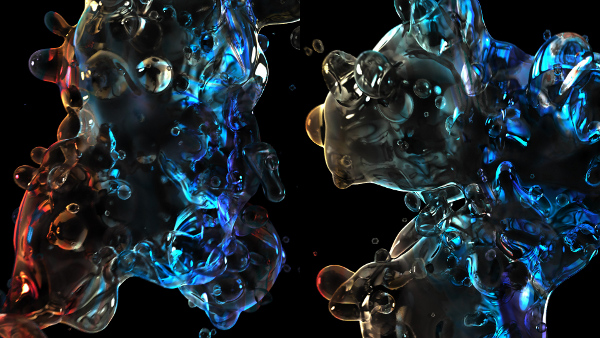 Using a generative system, the core characteristics of each running environment were translated into video so that each piece uniquely related to the four terrains. The end result was an eloquent visualisation of the various runs, that captured the frenetic nature of pounding urban pavements and the calm, cyclic motion of running on the beach. Originally designed for Nike’s 1948 boutique in Shoreditch, the videos are now on show at various Nike outlets throughout the world, including shops in Milan and Tokyo.

Reflecting FIELD’s international audience, Marcus explained that he draws inspiration from a number of diverse sources. “London’s excellent fine art gallery and culture scene – especially sculpture, painting (Gerhard Richter!) is a major source of inspiration for FIELD, as is fashion (Gareth Pugh, Damir Doma) and the musical performances of acts such as Nightslugs, James Ferraro at Corsica studios and Ryochi Ikeda at the Barbican.” 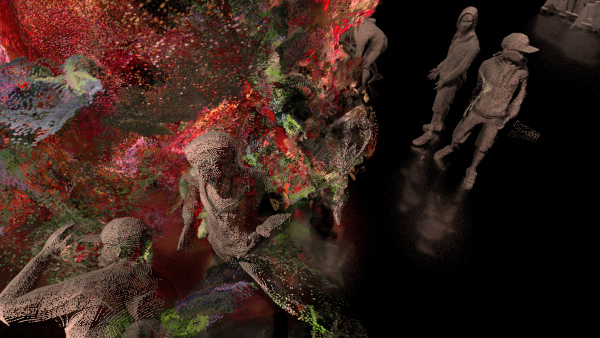 FIELD’s work is also deeply informed by the technological tools of its creation. “I’ve been experimenting and working with digital creative tools since I was a teenager. Obviously technology has made huge leaps since then, but I feel that the underlying concepts are only evolving very very slowly. We’re still forced to think like machines to make creative and efficient use of them. Personally, I’m interested in more fluid concepts like live-coding, live-editing that make creating visual art more similar to jamming with electronic instruments. Recently, I’ve found tools like Houdini, Octane, Unity 3D or our own Cinder + V8 JavasScript hybrid FieldKit.cpp are useful because they let you sculpt the outcome, in real time, and in a more immersive, continuous fashion.”

Continuing a run of engagements that have spanned speaking slots at Resonate Festival in Belgrade, and Eyeo Festival in Minneapolis last June, FIELD has put on an exhibition entitled ‘Forays / Optimism’ at Parsons Gallery, Paris, from 28 November to 27 January 2014 and collection of limited editions on Sedition.

We’re excited to announce that Marcus and Vera-Maria will be making room in their busy calendar to speak at the upcoming Alpha-ville EXCHANGE on 17 January.