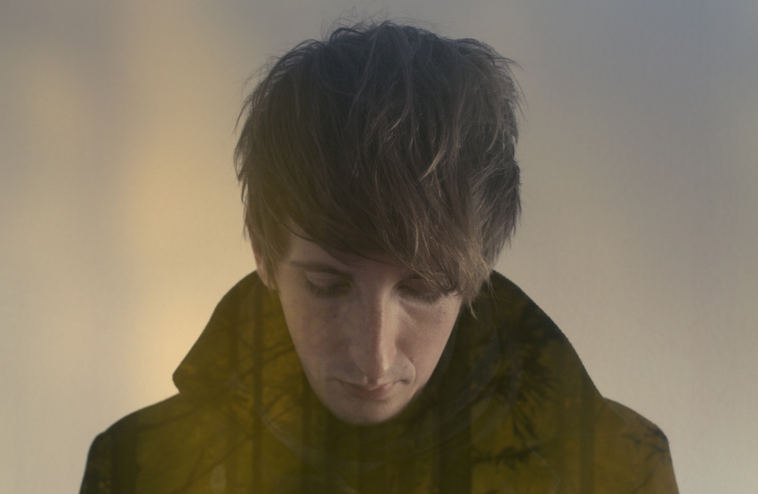 Like many young people, Christian Löffler, first heard the alien sounds of electronic music through the radio. Previously, his listening habits had been strictly non-electronic but tuning into these specialist DJs who spun IDM and drum’n’bass had a transformative effect on what the music he wanted to make.

Growing up in Greifswald, a university town in northeastern Germany, Löffler’s musical tastes are broad, encompassing jazz, classical and rock. Despite his electronic epiphany, these influences are still readable in the music he produces and releases on labels such as c.sides, Orphanear and Ki Records – the latter being a label he co-founded. Indeed, if it’s difficult to pin Löffler down to a particular sound, well, that’s the beauty: the connecting thread that runs through his productions is an almost painterly evocativeness of mood, an ability to throw into relief that house and techno needn’t, and shouldn’t, be reduced to a series of signals to impel the body to move.

Taking time out from producing his debut, Löffler has crafted a tight and stylish podcast that takes in crisp textures, sick beats and an emotive, almost romantic upsweep that’s irresistible when there’s frost on the window panes. Furthermore, as Löffler is also a visual artist, he’s chosen a selection of images to accompany the podcast, to produce a kind of audio visual narrative – a first for an Alpha-ville podcast.

We caught up with Christian over email to fill us in a bit more.

The first thing you notice about your podcast is its emotive scope. What were you thinking about when you made it?

What was important to me was to elaborate the contrast between deep and narrative tracks and rather functional parts. The podcast is supposed to show that techno and house can offer more than just the incentive to dance.

That ability to evoke a feeling or landscape is a feature of your own records. Whether it be that brittle, wintry sunlight of new single ‘Aspen’ or the foreboding thrum of something like ‘Cast’ off the c.sides release Audible Approaches to a Better Place. Do you set out to create an emotive response in the listener?

Yes, that`s essential to me. I try to transfer certain emotions or feelings I had during the process of making the music and those that made me write a song upon the listener. Of course everybody’s got their own associations and thoughts while listening to the music, but I try to lead them into a certain direction with the instruments and sounds I use.

You’ve chosen some photographs to accompany the mix – again these seem very brooding, almost poetic. Is there an underlying narrative to be extrapolated from them? Or is their meaning more abstract? What drew you to the tree, which features in all of them?

Due to the fact that I’m also working as a visual artist, I follow the same approach when I make music that I follow when painting or taking photos. It is more about telling a story than making everything accessible to the listener right from the start. Trees were always fascinating to me. I guess it`s their kind of mystical appearance.

Each photograph seems, to me, to speak of solitude, of a state of contemplation. Is this reflective of how you feel when you make music as an artist? Are these essentially portraits of the artist?

I guess it’s in the nature of a solo artist, no matter if a musician or a painter. Most of the time you are alone with your thoughts, especially while working in the studio. That is a kind of solitude I absolutely need for my work.

As someone who studies visual arts, is there an artist or a particular piece of work that you would say has inspired your music?

There is a lot, especially in fine arts, that inspire me. For instance works of the painter Tim Eitel. “Boot” is one of my favourites. It seems calm and withdrawn, but if you have a closer look, you can see the power that is in it. This is something I also try to realise in my music.

You used to have a side project called A City Is a Tree, which was an output for your more acoustic material. Since you’ve left that behind do you find yourself reconciling your impulse towards acoustic music within your electronic productions?

I’ve developed some strategies to use acoustic material and singing in my productions. Amongst others I sample different stringed instruments and percussion. I continue working with the recordings on the computer, combining, layering and alternating them. Also field recordings are a big part in my work.

Who, of the people making music today, do you feel is pushing music forward?

Starting with Daisuke Tanabe, who has an outstanding approach of combining sounds and samples, through to Apparat, who merges acoustic and electronic material, to the Icelandic artist Sin Fang, who I admire a lot.

My debut-album called A Forest is going to be released in March 2012 on Ki. It`s a big step forward for me and my music. I am continuing to experiment on my approach of combining emotive and physical elements – I particularly intensify the work with my voice. There`s no other instrument that can be more direct. I try to forge a bridge between more dance floor oriented tracks to calmer, more classical sounding tracks.

The album will feature an extensive artwork. Beside the records/cd there will be a poster and a beautiful booklet inside the sleeve.

We`re planning a lot of things in connection with the album including videos, an interactive, constantly changing web page, printed cards, posters, bags and a magazine. A very good foretaste of what is to come is my new single “Aspen.” 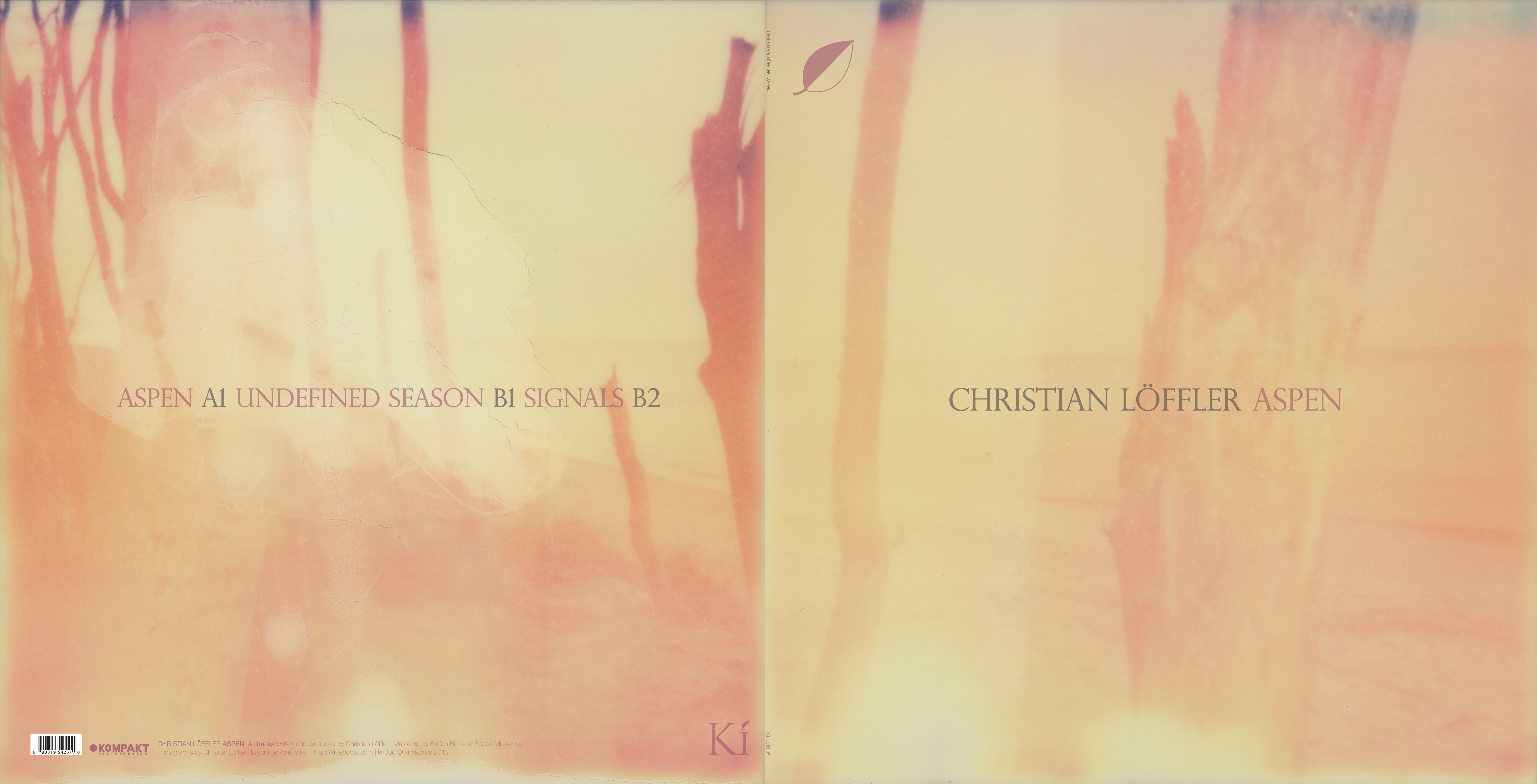 [Listen to the promo version of Aspen here]

Lastly, can you tell me a bit about Ki records which you co-founded. Is it tough running a label with the music industry in its current state?

Ki turns three 2nd of January and my next EP “Aspen”, which will be released 23rd of January, will be our 9th release. As a label we are trying to put out more versatile music in genres. Therefore we have Daisuke Tanabe on board who is more into HipHop and Downtempo and will be on the Ki number 10 coming in February next year. Then we’ve got our favorite indie-band from Hamburg, Me Succeeds, who’ve just released their 4th album and a dub/techno artist from Hannover whose feeling for atmosphere is just incredible!

Saying this, I just want to state that Ki is a label that’s more on its own – we can’t really compare ourselves to any other label at the moment. Especially as we are not a major label like Stones Throw, Domino, Warp or K7. Therefore, we can’t speak for the music industry in general…but if we talk about Ki, I can say that we are very confident about the future as more and more people are listening to the music we like and release. This is a great feeling for all.