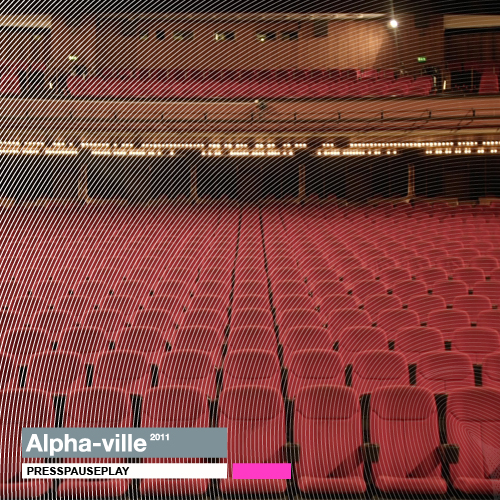 PressPausePlay is a film about the digital culture, hopes and fears. Premiered at South By
SouthWest, this documentary film contains interviews with some of the world’s most
influential creators of the digital era.

“This changes everything. The industry is dead. There has never been a better time to
be an artist.”
– Seth Godin, author, entrepreneur and public speaker

Synopsis: The digital revolution of the last decade has unleashed creativity and talent of people in an unprecedented way, unleashing unlimited creative opportunities. But does democratized culture mean better art, film, music and literature or is true talent instead flooded and drowned in the vast digital ocean of mass culture? Is it cultural democracy or mediocrity? This is the question addressed by PressPausePlay, a documentary film containing
interviews with some of the world’s most influential creators of the digital era.

“The human spirit, when it’s allowed to become made manifest through art, invariably is
going to create greatness. It almost doesn’t matter what the medium is,…when humans
make things, they tend to make interesting things…The danger is people becoming
comfortable with mediocrity”
– Moby, artist

The film was shot globally between August 2009 – January 2011, covering more than 150 hours of interview footage with international creatives and thinkers – representing the state of digitized culture today.

“We are on the verge of a new dark age. The creative world is destroyed. All we have is
cacophony and self opinion.”
– Andrew Keen, author, The Cult of the Amateur

Directors Statement: After working in the creative industry for a number of years we got a bit tired of the loud complaints regarding the disappearance of business models due to pirating and continuing profit losses. These subjects had been discussed to death at media panels and in newspapers around the world. We felt that an important part of the story had been lost – the unprecedented cultural impact. Sure, there are lots of industry problems caused by technological innovation but there are also enormous new opportunities for creation.

In our daily work we encounter numerous people from all over the world that, just like
us, have grown up with technology as their friend. We were intrigued by the dichotomy:
artists were able to create with the same technology that allowed pirating and was subverting old business models.

It might be a bit bold to do a film about something that’s in such rapid transformation,
where nothing is set and where you really can’t distinguish between the villains and heroes. But we didn’t want to give a definite answer. We simply wanted to make a snapshot of today – documenting both the positive and negative aspects of democratized culture. You will not walk out of the theatre with more answers, but hopefully with more thoughts.

“We are at a time when artists have the power” – Brenda Walker, music producer, DJ