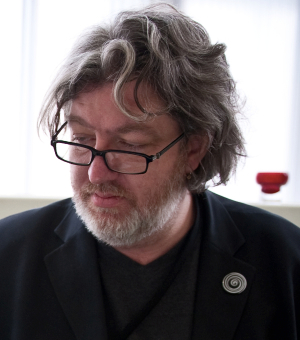 Bill Thompson has been working in, on and around the Internet since 1984 and spends his time thinking, writing and speaking about the digital world we are in the midst of building. He appears weekly on Click on the BBC World Service, writes a regular column for Focus magazine and is an advisor to a range of arts and cultural organisations on their digital strategies. He is currently working in the Archive Development team at the BBC building relationships with museums, galleries and institutions.

“When I was a child computers were big, lumbering, expensive  – and proprietary. Once a company bought an IBM mainframe it was game over, and there was no real alternative to vendor lock-in.

In the 80’s and 90’s things changed.  Open standards and open sytems defined the era and even the owned, proprietary, locked-in technologies like IBM’s AS/400 or Microsoft Windows learned to talk open languages and speak to open interfaces.

Now, I fear, we have lost the willingness to fight for open systems and are being lured into back into the cave of vendor lock-in. It’s like the sixties all over again, but without the drugs.
Should we care? Or should we stop worrying and embrace the App Store and the Digital Soma it sells?” (Bill Thompson)