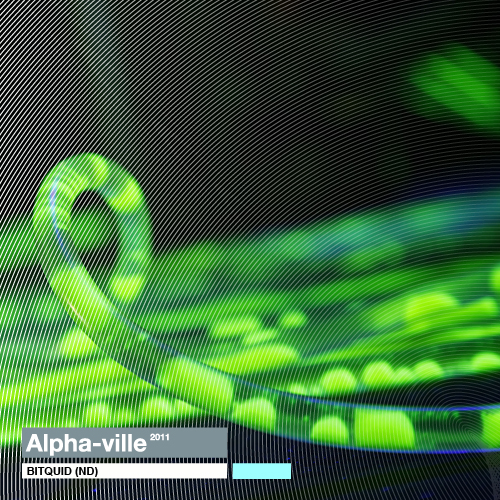 Jeroen Holthuis explores the relationship between two parallel worlds; our digital and analogue environment. Bitquid explores the relationship between these environments by transforming bits to atoms. It is a system of parallel hoses through which coloured and colourless fluids are pumped, in order to represent the liquid ones and zeros of the bit feed. 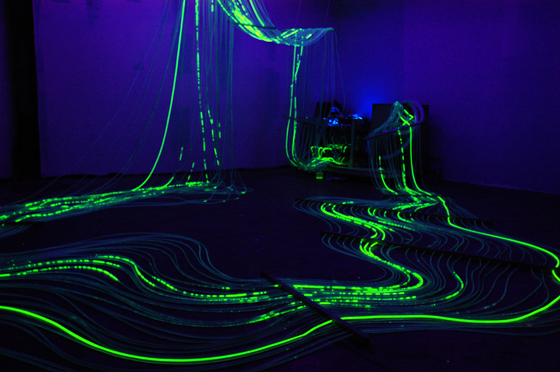 From bits to atoms…The repetitive sound of the valves opening and closing, along with the continuous stream of visual information, confers the feeling of being in an analogue cyberspace. The ticking signifies the moment when a bit goes analogue. The visual and sonic systems at work in Bitquid operate and play with our sense of the border at which the digital world ceases to exist, and the analogue world takes over. At the end of the system, the liquid analogue data, or ‘bitquid’, is decoded and reproduced again into a new image. The effect of the analogue world on the information inputted into the system is revealed on two screens. The first screen shows a digital image, while the second displays the same image on the other side, still digital yet changed and mediated by the imprint of the analogue world.Holthuis explores the boundaries and relations between the world of atoms and the world of bits. He graduated in 2008, having already developed a prototype of Bitquid. In 2009 he developed his initial Bitquid prototype into a kinetic sculpture. His work has been shown around the world in places such as Eindhoven (The Netherlands), Riga (Latvia), Zurich (Switzerland) and Belo Horizonte (Brazil).