This week’s pick is Grapheme by Robert Seidel, a laser cut projection sculpture and permanent installation at Museum Wiesbaden. 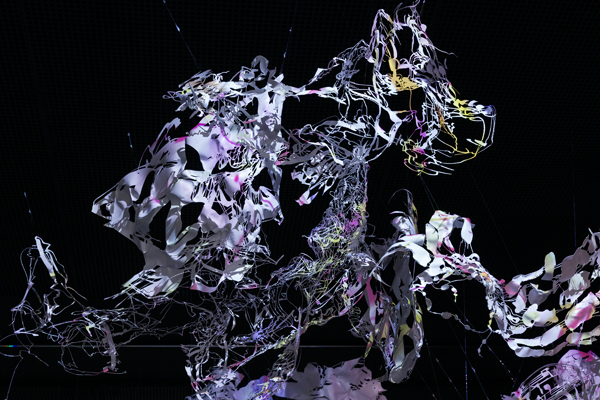 Seidel is a Berlin based artist working in the mediums of experimental film, video projection and installation. Similar to his recent work ‘Tearing Shadows’ and ‘Black Mirror’, Grapheme is an exploration into creating new and abstract worlds that exist in 3D, allowing the viewer to be truly immersed.

Seidel takes elements from around him such as sketches, paintings, photos, x-rays, scientific data and simulations, digital artifacts or motion capture data, and puts these abstract forms on a journey through their own evolution via each separate artwork. Marrying forms grounded in reality with digital processes and his own imagination, Seidel arrives organically at a new and other-worldly aesthetic.

Seidel explains, “In my work I’m trying to dissolve boundaries of genre by extending the clarity of the drawing – through the flow of painting, the spatiality of sculpture and temporal elements – into an abstract-film narrative. Over the recent years I extended my work from the rectangular silver screen, conceptually as well as visually into real projection surfaces like architectural and sculptural forms. ‘Grapheme’ consists of several ideas of these projection sculptures which are ‘living objects’, very much like a complex drawing scattered into space and brought to life by projection and sound. Since I started as an experimental filmmaker who blended drawing, painting and sculpture into a digital composite, this project was taking everything back into reality.” 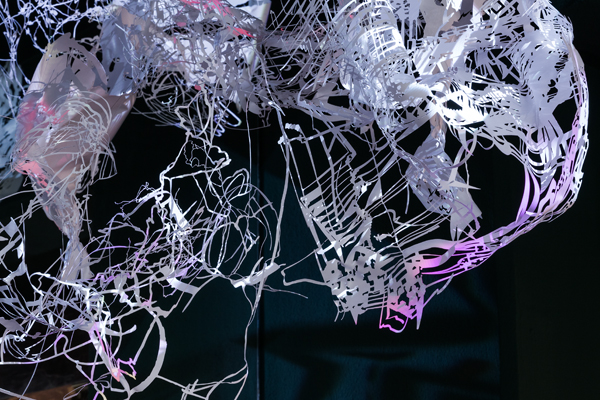 “The projection sculpture consists of around 50 laser-cut plastic pieces. The structures are based on scanned drawings of mine and their digital transformations, which create a dense cluster of delicate drawings.

The smallest distinguishable parts of a written language like alphabetic letters, numerical digits or punctuation are called ‘graphemes’. Since the work is referencing a lot of my older works like the virtual sculptures (vellum, vitreous), pulsating sign-systems (black mirror) or abstracted transformation processes (E3, _grau, scrape, folds) this an overview of my “universe” and its smallest parts.” 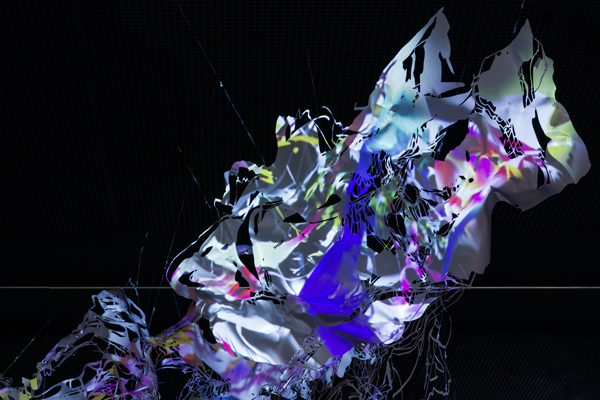 “Since the installation is on permanent view I wanted to create something that draws from my artistic research of the last years where I tried to create hybrids artworks that feel familiar, evoke the viewer’s emotions and memories but overall are something that could have not been created in the past, relying on today’s technology.” 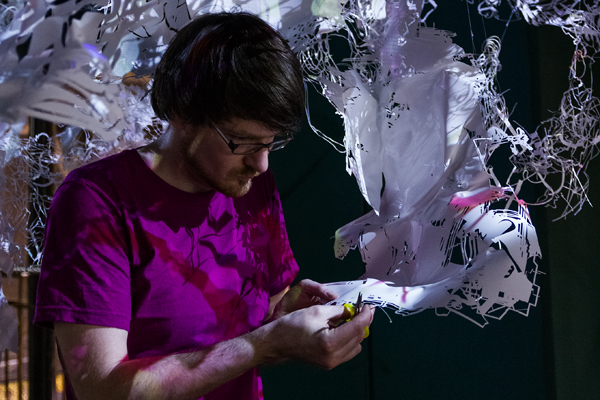 “The different parts were drawn, scanned and collaged into larger formations and after lasercutting I was hanging them over several days in front of the two projectors. The projection material also exists in several layers, so the composition in reality and the digital one were shaping each other while actually building the object. The other two projectors extend the sculpture virtually since the space in the museum was a challenge. It has an open side, a door and a window into other rooms, so ‘Grapheme’ is a transitional space and I had to develop the final constellation on site. Everything is arranged in front of a mirror, so the surrounding, the sculpture and the viewer become a unity.

For the project I was using 3ds max, After Effects, CorelDraw and some self-developed tools as well as lots of pen and paper to shape the ideas all along.” 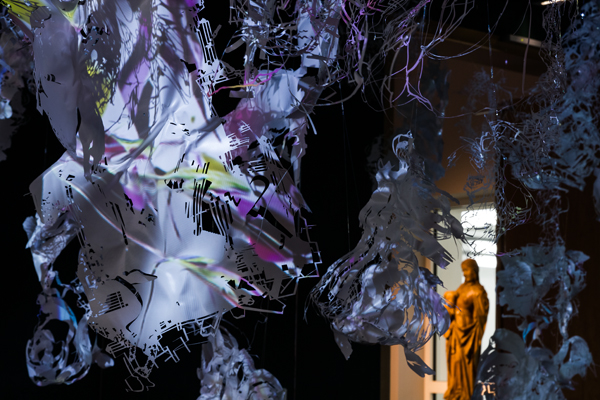 “The Museum Wiesbaden commissioned the piece for the entrance room of their newly renovated south wing. Here they show works of their extensive collection of the “Old Masters” from Sebastiano del Piombo, Domenico Tintoretto, Anselm Feuerbach to Max Liebermann. The curator’s idea was it to contrast these with contemporary art and my piece was supposed to bring together a lot of different media, overwhelming the viewer and drawing them into the exhibition halls.” 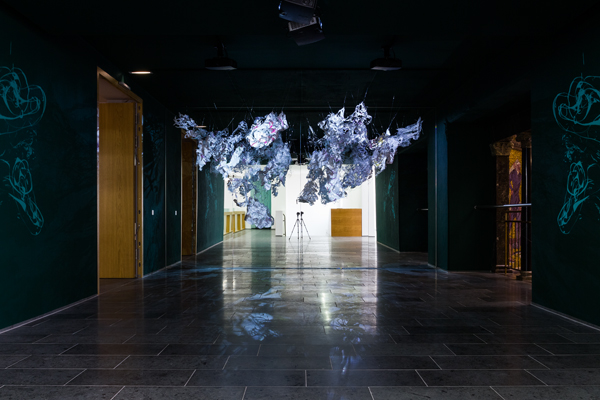 ‘Grapheme’ is now a permanent installation at Museum Wiesbaden and opened on May 8th 2013.