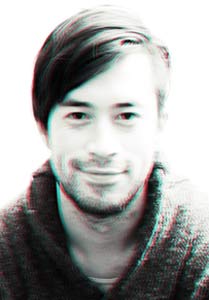 Time: 2:50 – 3:50pm
“The implications of immersive Augmented Reality are far-reaching and could dramatically change the way we construct and occupy urban environments. The internet is in the process of consuming the music and film industries, causing major changes in how these media are created, produced and distributed; AR introduces the possibility that the production of space could also eventually become a de-centralised, democratised process, removed from the power of the intellectual elite. This short talk will set out a speculative scenario for our future cities, in which space becomes an experimental form of new media, to be practiced by anyone so inclined.”

Keiichi Matsuda (BSc. MArch) is the designer and film-maker behind the Augmented (hyper)Reality project. Keiichi’s research examines the implications of emerging technologies for human perception and the built environment, focusing on the integration of media into everyday life. He is currently self employed, working on commissions and research projects in London and Tokyo.