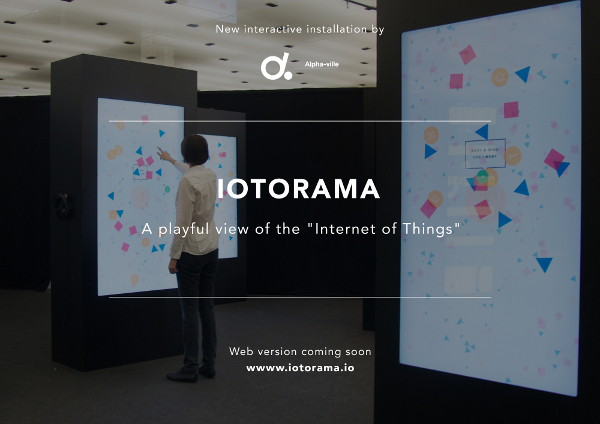 After 2 months of intense work, we’re very excited to announce a new project by the Alpha-ville Studio: IOTORAMA, an interactive installation and web experiment where people can learn about the “IoT” (Internet of Things) in a playful way. The project has been commissioned by Mobile World Capital Barcelona for their new Connected Beings Exhibition. 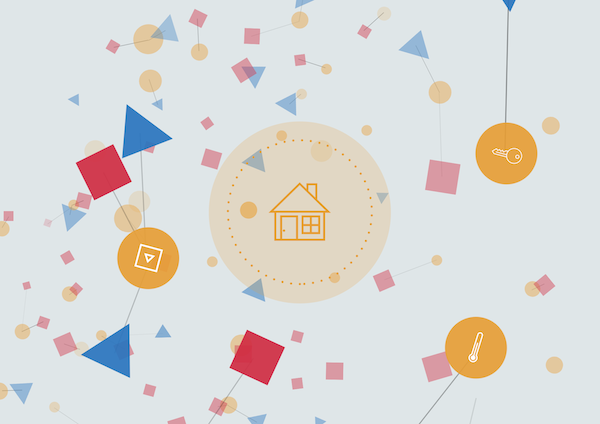 (image: IOTORAMA, view of the Home screen)
Conceived, directed and produced by Alpha-ville duo Estela Oliva and Carmen Salas, IOTORAMA has been created in collaboration with a dream team formed by Silvio Paganini and William Mapan from London-based collective Fluuuid, who have developed the project mastering HTML5, WebGL, Node.js and Google Spreadsheets; along with Jonas Eltes, Swedish young creative and former Google Creative Lab 5; sound design by Werkdisc’s Giganta and tech support by Miguel Gozalbo –Telenoika. Special thanks to Pep Salazar, Cira Perez and the MWC team for their support and also to MrDoob for the delightful help.

If you are in Barcelona, make sure you check out IOTORAMA – on exhibition at the Mobile World Centre, as part of the Connected Beings Exhibition (19th March until 31 June 2015).
We’re currently working on the online version which will be released in the next few weeks, keep tuned in to enter the web experiment at iotorama.io!