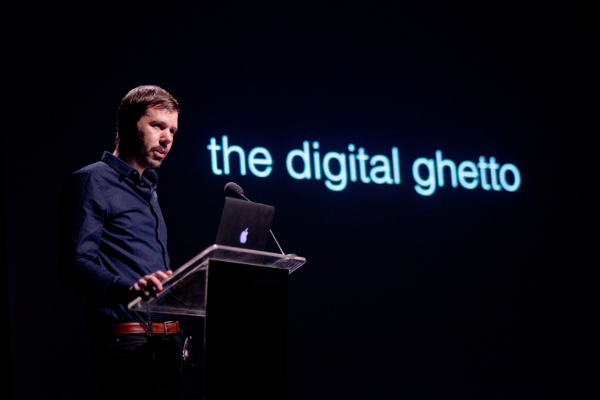 On 17 January, Alpha-ville EXCHANGE took over the fourth floor of London’s Rich Mix. Attracting a diverse range of artistic practitioners and creative professionals, EXCHANGE was presented as an evolution of the 2011 Alpha-ville Festival which offered a unique space for artist to present their work and inspiration and for everyone in the room to explore collaboration and shared interests across disciplines. Informal, open and engaging, the day was a rare chance for cross-pollination between the art, design and tech communities. 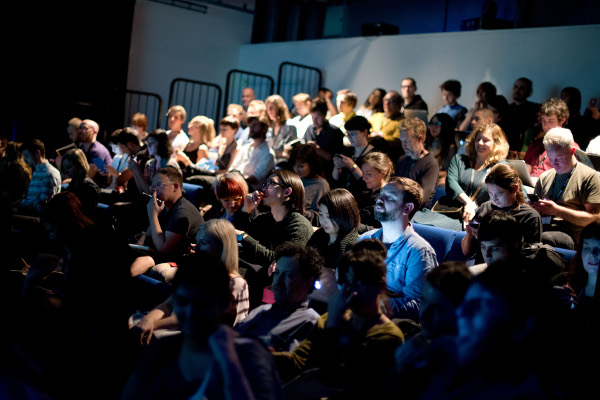 Eno Henze kicked off the day by giving a theoretical framework to help understand the often ill-defined crossroads between art and technology. Emphasising that “we use machines to see ourselves and understand the world”, Eno talked about bringing technology into the realm of the human. By showing a captivated audience examples of his work, including Timelapse/Mnemosyne, a collaborative piece of set design for the Dutch ballet, and Red Ambush, he illustrated ways to break out of the “digital ghetto” in contemporary art and use technology as a way to explore the infinite. 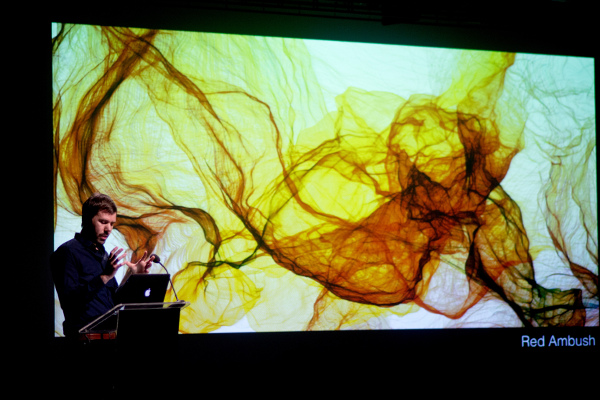 Similar sentiments were shared by Sougwen Chung. “Children grow up looking at screens,” she observed. “The question for artists is how to navigate this in their practice.” Sougwen explained how her work (“an ecosystem of different disciplines”) combines the tactility of hand-drawing with the opportunities for increased scale afforded by technology. She went on to talk about how her musical background has led to the fluid exchange between fine art, sound, digital media and performance in works like Chiaroscuro. 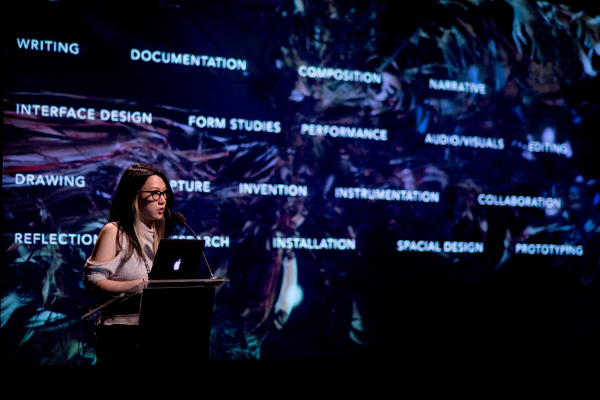 Berlin-based generative design studio onformative concluded a densely packed morning programme. Represented by Cedric Kiefer, who spoke for the first time in London, onformative described their ethos of “getting out of our comfort zone to collaborate in trying new things”. Cedric took a fascinated audience through the creative possibilities of code, pointing to the studio’s translation of abstract data such as Facebook posts into informative and aesthetically pleasing art. Insisting on the unity of body and digital, onformative presented the acclaimed Unnamed Soundsculpture, a work that turned the movements of a dancer into an expanded animation, open to digital manipulation. 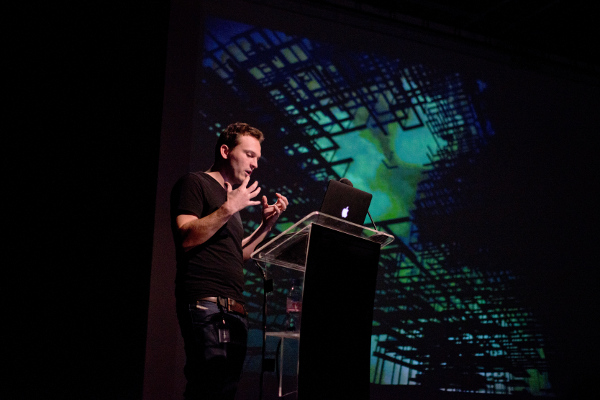 Lunch was characterised by the buzz of lively conversation. Audience members mingled with speakers in sharing a great opportunity for networking, before reconvening for Shantell Martin’s talk. In a presentation that confirmed her as a natural on stage, Shantell shed light on her inimitable creative process. “Who are you?” she asked, revealing how difficult it is to categorise the people behind some of the cross-genre, boundary-pushing work on show. Blending drawing and performance with her background in audiovisual performance, Shantell explained how her stream-of-consciousness pieces have borrowed elements from Japanese culture and her diverse audience. 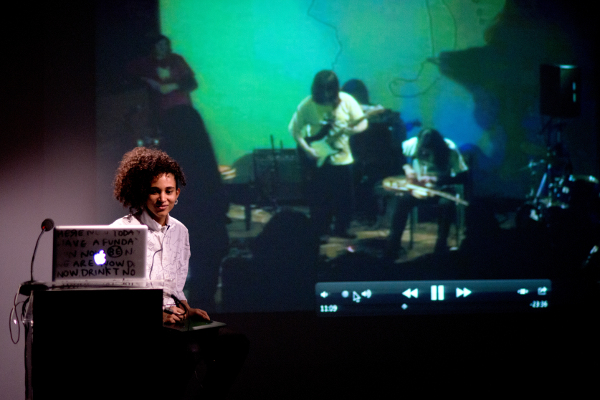 FIELD began by challenging the idea that design is merely about solving problems. “Design is cultural invention,” Marcus Wendt explained, “and culture is the things that make life interesting.” Personally inspired by his childhood interest in skate videos, and the practice of artists such as Ryoichi Kurokawa, Marcus showed how his work with Field builds on Will Wright’s concept of sculpting possibility space. In an illuminating presentation that stimulated a lively Q&A, FIELD traced the evolution of generative design and acknowledged the patronage of London’s advertising industry in supporting experimental work. 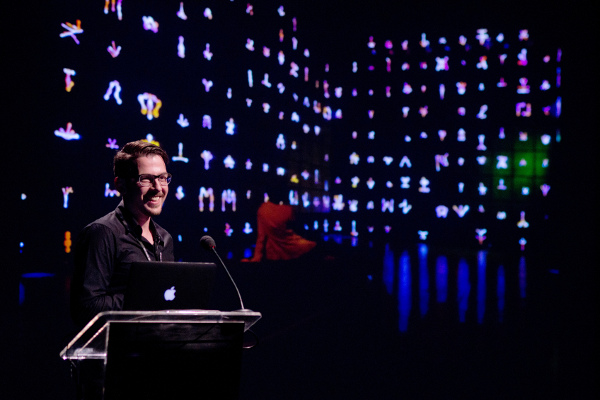 “The most important thing about Hellicar & Lewis is feedback loops,” announced Joel Gethin Lewis, opening a cheeky, entertaining talk. Pointing to their interactive, public works such as the Hello Cube and Feel TV, Pete and Joel chatted about how the studio’s mission is a tripartite blend of the educational, artistic and commercial. The importance of real time dynamics, public involvement and open source coding were emphasised, as the duo playfully led attendees through the realisation of their ideas. 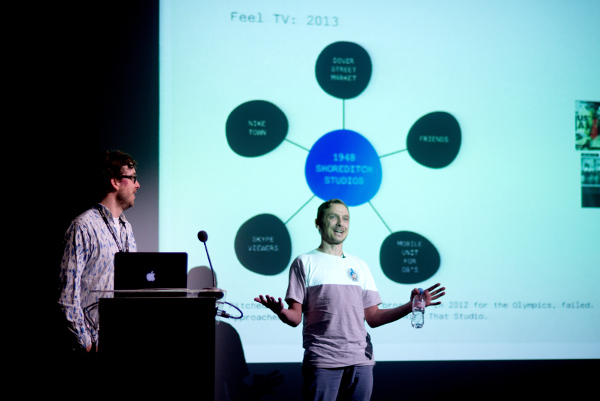 Fresh out of the Facebook campus, where she was artist in residence, Stefanie Posavec began the second half of the afternoon by showing some of her data illustrations. In answer to Shantell Martin’s question “Who are you?” Stefanie coined the term “data artisan” as a descriptor for her hybrid role. As interfaces to explore cultural objects, Stefanie’s hand drawn visualisations allow the beholder to see patterns and have insights into otherwise incomprehensible data. In Literary Organism, Memory Palace and her work turning Facebook relationships into a dance sequence, Stefanie showed how the abstract can be made personal, and the analogue can be melded with the digital. 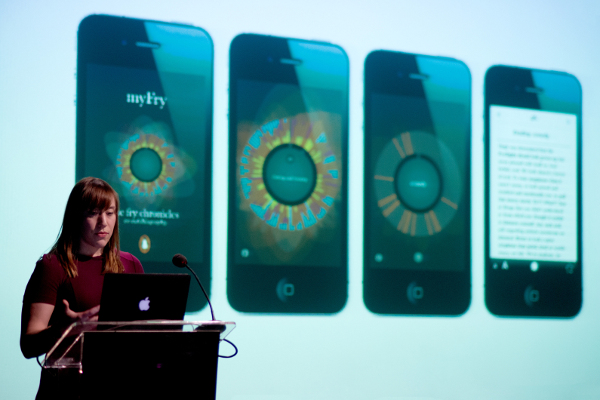 Kokoro & Moi started the penultimate presentation of the day by taking the audience through the happy accidents behind the evolution of the agency’s name. “When things turn weird, the weird turn pro,” the pair said, quoting Hunter S Thompson in espousing their guiding principle of “randomness”. Kokoro & Moi stated that the rapid pace of change has made it impossible to make firm predictions about the future. This idea was behind Open Identity, a series of ten workshops in which the public were invited to respond to the agency’s original brief, and Yo, Freckles, a typeface crowdsourced from the design community, and available free for anyone to use. 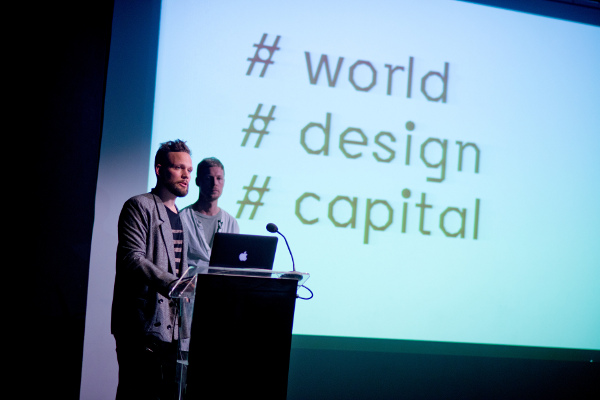 A day crammed with inspiration and innovative brilliance was rounded out by Davide Quayola. Drawing on the Roman iconography of his youth and the genre-bending work of Kandinsky, Quayola talked about how he shares Field’s ambition to “tweak parameters as you go” to visualise the invisible and create a dialogue between the seen and unseen. While demonstrating the incredible Strata series, and his breathtaking sculptures, Captives, based on Michelangelo’s Prigioni, Quayola vocalised the need to appreciate artworks without being distracted by their cultural baggage, and talked about his extensive and inventive collaborations with robots, fabricators and sound artists. 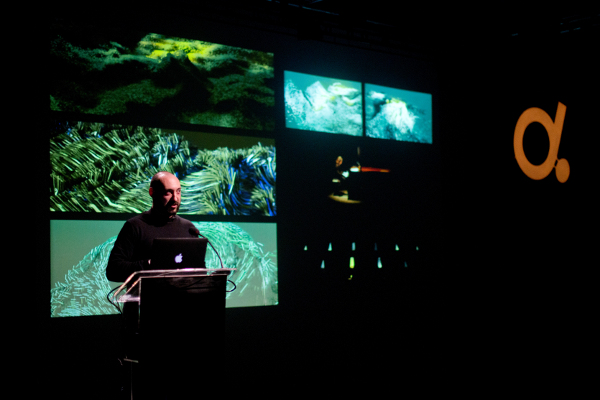 Speakers joined attendees for drinks and a live drawing session with Shantell Martin, before the day programme concluded, and Rain Dog and Carsten Jost played into the night. 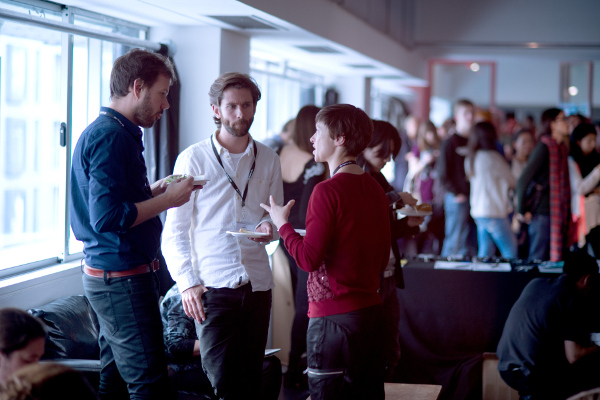 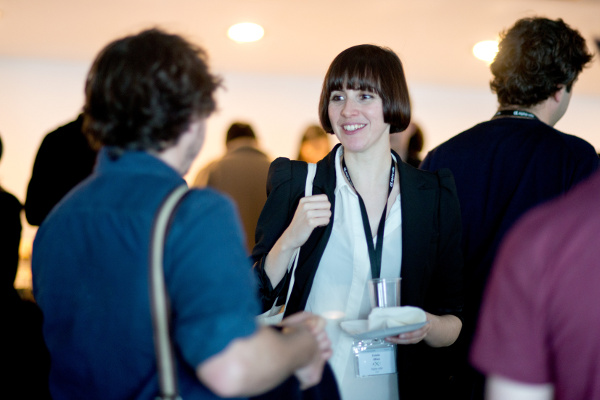 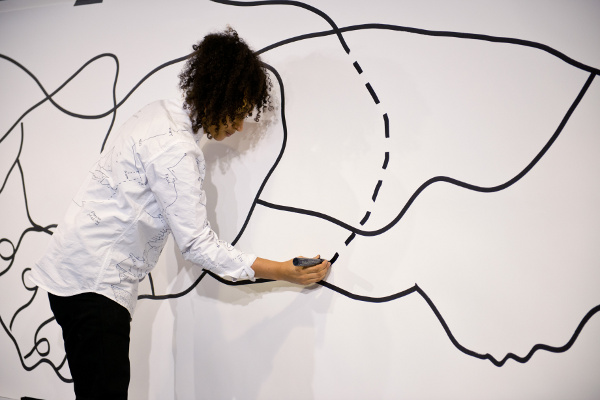 Chatting with people afterwards, it was clear that EXCHANGE had more than fulfilled its ambition to encourage collaboration and foster inter-disciplinary dialogue between all sections of the art, tech and design worlds. Preconceptions were challenged, and perspectives made new. As Marcus of Field reiterated, ‘EXCHANGE was timely, inspiring and necessary’.